Well, the competition is hard here, between eggshells, vegetable peels, greasy substances, and bones. All these substances can have adverse effects on your pipes if you put them down in a garbage disposal system. Let alone the non-food substances. These are complete disasters!

In this article, I’ll walk you through the food categories that you shouldn’t put down your garbage disposal so that you can keep it in good condition. 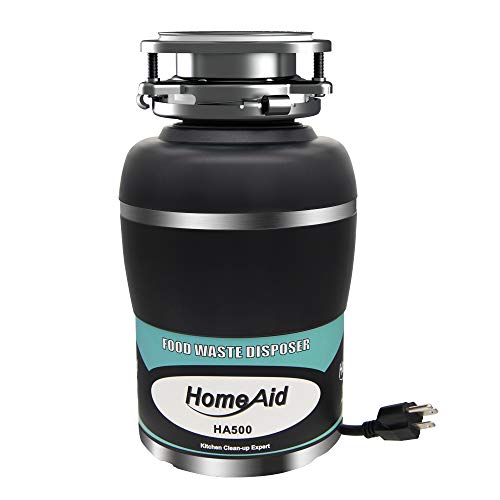 What’s the Worst Thing to Put Down a Garbage Disposal

If we’re talking about food, then anything that’s non-biodegradable or that can’t be liquified shouldn’t be put down the garbage disposal. Needless to say, any non-food material is forbidden to be thrown down there. It’s not a trash can!

Bones are one of the strongest natural materials out there, so they won’t be easy for the grinder to crush.

Don’t dump your BBQ night leftovers in your garbage disposal. No matter how the blades of your garbage disposal system are strong, they won’t be able to crush animal bones into negligible particles that can flow down with the wastewater and not clog the pipes. So, bones are a big no.

No need to panic, though. If you’ve let some fish leftovers or a small chicken bone slip down there, it’ll pass. But doing this frequently will ruin your disposal system in no time.

You don’t want either scenario. Vegetable peels clog the drainage pipes the same way cholesterol clogs arteries. There’s no way to stop that except for not getting them there in the first place.

Whether it’s peaches, apricots, or cherry, pits are basically hardwood. Would you throw hardwood down your disposal system? It won’t get past the blades, and it might even break them. If it passes through, it’ll clog down the pipes. There are no pleasant possibilities here.

The same applies to nuts.

Fruits rich in fibers have strands that might get entangled within the impellers, impeding the flow of the whole disposal system. Don’t throw them down your garbage disposal.

Pasta, rice, bread, and oats, basically any food that consists mainly of starch won’t be a good match with the garbage disposal. These foods expand, they swell with water taking up much more space than intended. Eventually, they’ll gum up the flow of your drain pipes.

If you have to run bread leftovers down the disposal, make sure to use plenty of cold water to ease the flow of bread into the drainage pipe. Overall, try to limit this as much as you can.

This might be surprising to you, but excess coffee grounds behave the same way as starchy foods. They’ll collect, swell, and form sediment that’ll sit in your drain pipes blocking the water flow. Better throw these coffee grounds in the garbage.

Ask any plumber what’s the worst thing to put down the garbage disposal and he’ll probably reply; eggshells.

What’s even worse is that some people believe that eggshells help sharpen the disposal’s blade in some way. Well, I’m here to tell you that this could be nothing further from the truth.

A common misconception is that pushing grease down the garbage disposal system is okay. After all, it’s not hard, not hard to destroy, and it can flow with wastewater. Right?

Grease, oils, and butter will harm every single component of your disposal and plumbing system as they flow down them. First, they’ll dull the blades of the grinder as they stick to it. Then, after a while, they’ll solidify, stick to the walls of the disposal unit, and clog the pipes.

You might not be aware of it, but any creamy product like peanut butter, for example, falls under the same category of greasy substances or what’s called FOGs (Fats, Oils, Grease). These are not to be put down garbage disposal units.

Can I Throw Non-Food Material in the Garbage Disposal

The rule of thumb is that if it’s not biodegradable, don’t throw it in there.

The name “garbage” disposal might be misleading. It looks like a free ticket to throw whatever you consider to garbage in there, which might lead to severe blockages down the drain system.

Paper towels, tissues, or food wrappers are among the common stuff people mistakenly think it’s okay to throw into the garbage disposal. Let me tell you that it’s not okay to throw these in there.

Can I Use Hot Water with the Garbage Disposal

Not during the disposal process, but you can use hot water after you finish the process to clear the pipes, yes. However, the default is to use cold water during garbage disposal.

Contrary to popular belief, hot water won’t help liquify food leftovers; if anything, it will take grease and oil on its way, clogging the pipelines down there.

It takes a while to be mindful of what you’re throwing down your garbage disposal, yes, and it might be annoying initially. Yet, after a while, you’ll learn to do it automatically, and you’ll notice a decline in the rate of draining blockages. Better safe than sorry!