A television is an excellent addition to any room, and depending on the flow of your room; you may have only one empty wall to choose from. After you purchase your RV, you may walk along with a stud finder and realize that there are no studs to be found. You are likely wondering how in the world can I mount a TV without using studs?

Thankfully, there are multiple ways to mount a TV without needing studs. Using anchors, toggle anchors, mounts, and ceiling mounts are some of the best ways to mount your television successfully. The weight and size of your television should always be taken into account because it helps guide what size anchors and screws you will need. 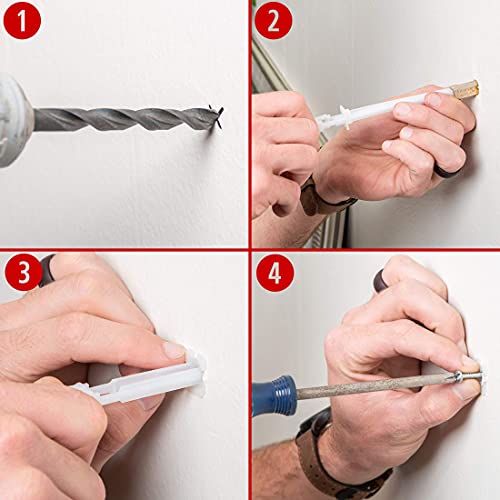 Whether you need a safe way to mount your television without making large holes in your wall or simply need a solution for a wall without studs, we will explain what steps to take to mount your TV successfully.

How to Mount a TV on the Wall Without Studs

By using this guide to narrow down what supplies you need to mount your TV, you will be on your way to enjoying your new television in no time.

Typically, mounting your TV to the wall requires that you find studs to attach it to. Most of the time you would then drill into the studs to create a stable and reliable attachment for your TV. However, a problem may arise if you aren’t allowed to drill large holes in your wall or you have a specific space you want your TV with no studs.

While discovering the wall you want your TV has not studs can be incredibly disheartening, there are several ways to solve this problem.

Drilling into a stud provides you stability and allows your TV to securely attach to the wall with no worries about it falling to the ground. When you run into a wall with no studs, you can choose to mount it using a no stud mount.

It is important to note that the size of your TV matters. Hanging a 60 inch TV on a wall without studs may be a little bit trickier to nail down. When buying the supplies needed to mount without studs, make sure to keep the weight of your television in mind.

While there are several ways to mount your television without studs, it is recommended to use only fixed mounts or TVs. If you use a TV that moves or a TV mount that can move, the added weight could cause issues for anchors and mounting plates trying to successfully holding your TV. 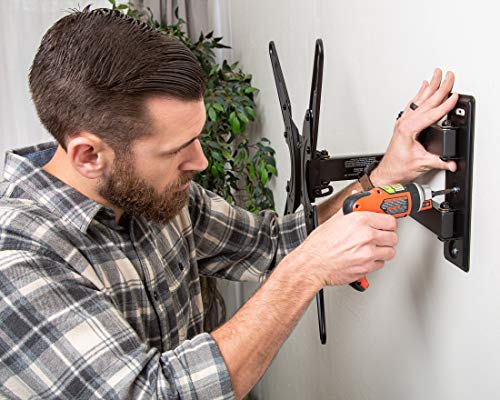 Mounting a TV on drywall without studs can be done, but it can be tricky at the same time. Thankfully, there are multiple options available to mount your television without needing studs.

One option you have is using anchors. Anchors allow you to add a screw to drywall without worrying about it falling out from the added weight.

Simply put, when you add an anchor to a wall it provides a sleeve for your screw, allowing it to attach to drywall securely. Many people use anchors when mounting TVs without studs because they are simple to use and reliable.

Anchors are insanely helpful when mounting your TV without studs, but always make sure to double-check the weight they can hold. There are a variety of anchors on the market that will hold various weights.

Purchasing anchors that are too small can end in a disaster and the weight of your television buckling the anchors under pressure.

Mounting plates are commonly used to mount televisions without studs because of their ability to distribute weight better. When you use a mounting plate coupled with an anchor, the TV’s weight will be held evenly.

There are a variety of colors and styles of mounting plates. Most mounting plates come smaller than your television so you won’t necessarily see them when they are attached to the wall.

As with anchors, there are also various mounting plates for different size TVs. Make sure you purchased a mounting plate for your TV size, or else you could have a disaster on your hands. 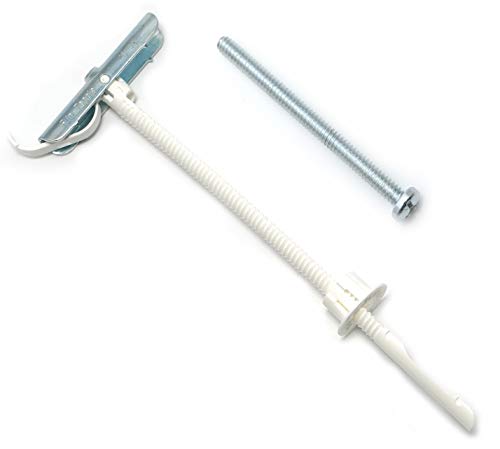 Another option you can utilize when adding a TV to drywall without studs is a toggle anchor. A toggle anchor is similar to a regular anchor with one key difference.

A toggle anchor has a butterfly-like contraption on one end. When you screw these into drywall, one side opens behind the drywall, creating a solid anchor. With a toggle anchor, you support an entire sheet of drywall instead of a small portion.

Something crucial to note with toggle anchors is that they are not recommended to use any mount that moves, such as a full-motion mount.

Besides anchors and wall mounts, there is another way you can mount your television without needing to find studs in your wall. Many people don’t even think about mounting their TV from the ceiling, but it can provide you with a stable and reliable place for your TV.

You can install your TV from the ceiling by utilizing the joists or beams that run throughout it. Finding the correct size screw and attaching a ceiling mount to a sturdy and reliable beam could be your answer to not having studs in your desired location.

Of course, the height of your ceiling, as well as the weight of your TV, should always be taken into account when deciding to mount your TV from the ceiling.

How Much Weight Can Drywall Hold Without Studs

Drywall can typically hold a good amount of weight, but overloading it can cause more issues than when you began.

If you want to mount your TV on drywall without studs, it can hold a TV that weighs up to 100 lbs. While this sounds like a lot of weight, there are multiple steps you should take to reinforce your TV, but they don’t have to be studs.

For reference, a 32-inch television typically weighs around 30 pounds. The weight of your TV is essential to note because you will know what size anchors or mount to purchase

Mounting a television can be nerve-wracking. One wrong move and the TV you just dished out money for is on the ground. More often than not, people find studs to hang their TV securely. However, many people wonder if they can mount a TV without studs and how to do so successfully.

With the ability to mount your television on any wall, the options for where you can place your TV are nearly endless. So if you are stuck in a situation where you have found the perfect spot for your TV, and you find no studs anywhere, you have several choices.