You’ve dusted off the old grill in the garage, or are heading down to the hardware store to pick up a new one. While sorting out the grilling accessories and the question occurs to you: do gas grills need lava rocks?

The answer to this question is going to depend on the age of your grill. Grills bought today generally don’t need lava rock. If you’ve got an older model, you may still need to get some lava rocks for your grill. 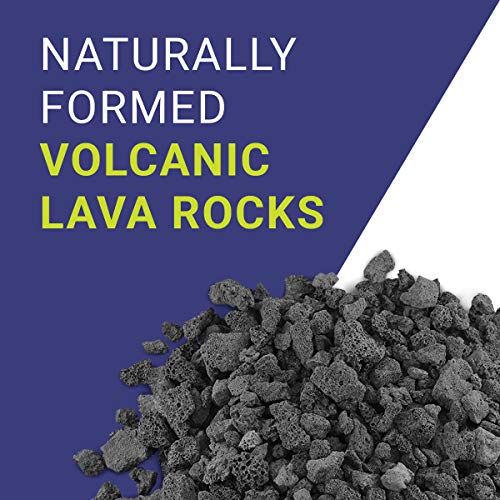 Lava rocks were originally used in gas grills for a couple of reasons. One of the main ones was to protect the gas jets from cooking juices and oils. In more modern grills the rocks have often been replaced with metal plates shaped like an inverted V that cover and protect the flames. The grills that still do come with lava rocks tend to be much more expensive than the models with only metal plates.

You don’t need to use lava rocks if your grill comes with heat plates. Using lava rocks with them can actually damage the plates and possibly the jets underneath, and might void your warranty. But some people still prefer to use lava rocks and there are some options for them, too.

Why Do Some Gas Grills Use Lava Rocks

When we’re looking for the answer to the question do gas grills need lava rocks, it’s good to understand why they were used in the first place. Lava rocks were used in grills because they hold high heat – they were forged in volcanoes, after all – and tend to heat very evenly and retain heat for a long time. This provides an excellent situation for cooking food evenly.

Flavor is another factor when it comes to the lava rock decision. The idea in the industry is that the drippings from the cooking meat would hit the hot rocks and create smoke. This smoke flavors the food, making the grilling experience closer to that of a charcoal grill, but with the lesser time investment and greater temperature control of gas burner heat.

In addition to their cooking properties, lava rocks were used to protect the flames from dipping juices and marinades. If the drippings hit the flames directly, these drips can flare up and cause hot spots and charring. They can also clog the burners and create problems with your gas grill working properly.

Some protection for the burners is definitely necessary, and more modern grills create this protection with metal plates, whereas older grills use lava rocks or ceramic briquettes. 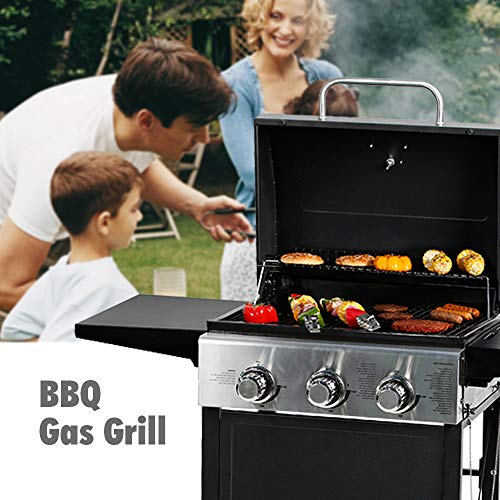 Are The Metal Plates The Same as Lava Rocks

Like the lava rocks that they’re replacing, these metal plates are supposed to create an evenly heated surface for cooking. The evenness of the heat they create varies from brand to brand. For a more even distribution of heat, look for plates with a shallower slope that cover more of the grill surface area, and steer away from those that are only directly over the burners.

More than the even cooking surface, these V-shaped metal guards are there to protect the burners and are designed to vaporize drippings without causing flare ups. And it’s true that they do provide more direct protection for the jets than lava rock, and they are supposed to reduce the flare ups, as well. Flare ups are caused by cooking juices hitting the hot surface and catching fire.

While the plates do prevent this, vaporizing the juices rather than allowing them to catch fire, this means they are also cutting down on the flavor that the smoke from these burning juices provides. Though their marketing often includes the word flavor when describing the heat plates (flavor bars, flavor tents, flavor plates, flavor waves, etc), the plates have far less surface area and many of the juices drop directly into drip trays un-vaporized, their flavor lost.

Even though many grilling enthusiasts do think the flavor is not as good with the heat plate option, they do have some key benefits. In addition to better burner protection, when it comes to clean up, they can be easier to care for than lava rocks. Most brands can be cleaned with a few minutes of scrubbing or brushing.

One of the biggest drawbacks of lava rock is that it’s hard to clean. The porous, irregular surface that makes them great for catching juices also holds onto those juices. If they are not burned off in the process of cooking, the next time you grill the old drippings will flavor your food in a way that is not exactly tasty.

The best way to clean the rocks is to burn off the accumulated drippings. This process is not difficult – flip them over, cover them with foil to seal in the heat, and burn off the food residue – but it can be a smoky process that may, depending on the marinades and food items you’ve been grilling, take more than one cleaning session to get them fully clean. Eventually lava rocks will also get crumbly and need to be replaced.

If you move your grill regularly, another consideration is weight. Even though they are porous and relatively light compared to other rocks, lava rocks can still add significantly to the heaviness of your grill and make moving it more of a challenge.

Can You Convert Your Gas Grill to Use Lava Rocks 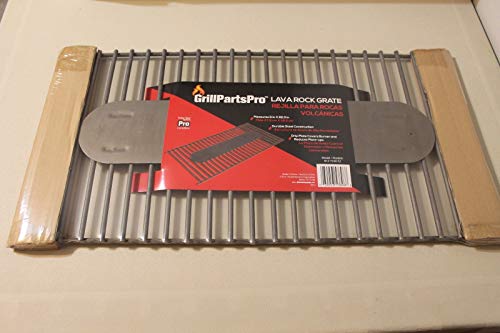 Converting a newer gas grill to use lava rocks isn’t that hard. Before you get out the tools and buy that bag of rocks, though, there are a couple of things to take into account.

First and most importantly, making changes to your grill can void your warranty. Make sure you read the fine print when you’re deciding what changes to make. Voiding your warranty can make future repairs and even getting parts more difficult, depending on the terms. If that’s important to you then you probably shouldn’t convert your grill.

The other important thing to consider is that switching to lava rocks can lead to more flare ups. It’s a good idea to keep all the heat plates and parts, so that if you want to you can switch back.

Once you’ve decided you do want to try lava rocks, it’s a pretty simple matter of getting a metal grate that fits your grill and the rocks. The key thing is making sure the grate you get fits comfortably between the burners and the cooking grill. Often the brackets that the heat plates sit on will work for a lava rock grate, as well.

A bag of lava rocks and the grate to hold them should only cost about thirty dollars, so it’s an inexpensive conversion. And it’s also reversible if you don’t like the results.

We’ve looked at the factors that go into answering the question of whether gas grills need lava rocks. While most modern grills are not sold with lava rocks there are pros and cons to using them or sticking with the metal heat plates that are standard.

After considering these variables, hopefully, now you have a better idea about which method will work for you and your grilling situation. Happy grilling!