The way various devices use up electricity might be a little tricky. For example, a regular incandescent lamp uses 100 watts. While a LED light that produces that same amount of brightness uses 12 watts or less.

The only way to know about the power usage of any electric appliance is to read the ratings on its label. Just knowing the amperage and voltage is sufficient, but reading out the wattage saves us the calculations.

On these hot days, fans are among the appliances that we use heavily. It’s totally legit then to wonder; do ceiling fans use a lot of electricity? Actually, fans are light users of electricity. Most of them run on around 50 watts per hour, which costs less than $20 per year! 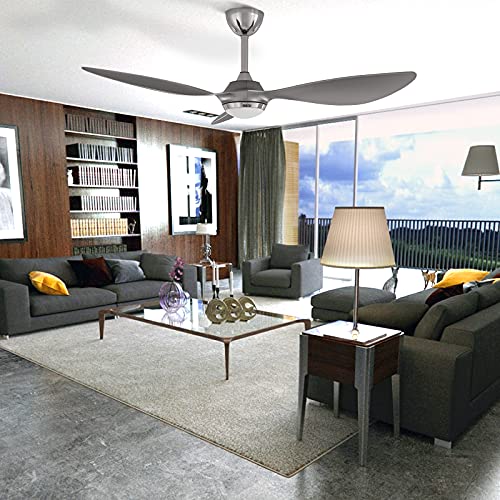 How Do Ceiling Fans Work

Ceiling fans are permanent fixtures in a room, and their main function is to move the air downwards. They work pretty much like a summer breeze that cools off the skin by evaporating perspiration off it.

The best spot in the room is often right below the fan. However, a wider fan with a larger amount of curved blades could spread the cooling air in a wider area. Efficient air distribution is among the special features of a fan, and it depends mainly on the blade design.

The power rating of the fan motor is of critical importance, as this is what would generate torrents of air that travel far and wide, or, just a mild whiff that barely reaches the floor below it. In simpler terms, the power of the motor defines how buff or scrawny the fan is.

Ceiling fans often come with a few more bells and whistles, like LED lights, a remote controller, and a pull rope. 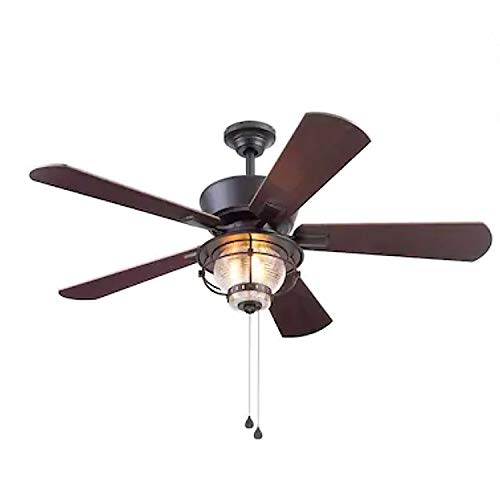 How Much Electricity Does a Ceiling Fan Use

Most ceiling fans consume moderate amounts of power in the range of 10-120 watts. This includes all the other bells and whistles that are sometimes attached to the fancier models of fans.

For the purposes of demonstration, let’s assume that we have a 50-watt ceiling fan, and it runs for around 4 hours each day.

The average cost of electricity is around 10.42 cents per kilowatt-hour, so running a fan for a whole year costs around:

This means that an average ceiling fan that’s turned ON for 8 hours each day, throughout a whole year, costs less than $20. This is an amazing figure, and if you’re considering installing similar fans, it should be encouraging. 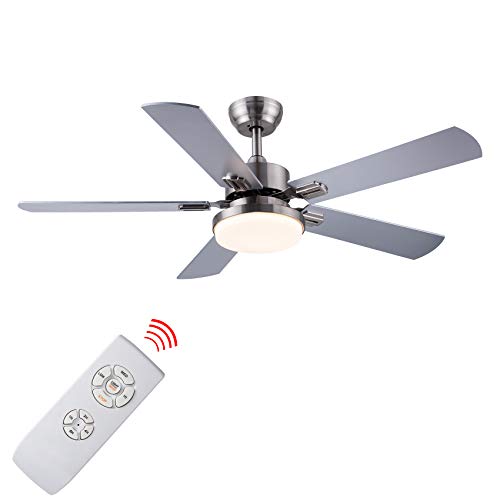 The overall power used up by a ceiling fan might not be a huge figure, as it’s often in the 50-watt range. Especially, when it’s compared to the devices that really gobble up power like air conditioners.

However, these seemingly moderate figures could add up. And if you’re into economizing your consumption, then it would be wise to know how to control your usage.

Here are some of the factors that could ramp up the counter.

1. The Power Rating of the Fan

A powerful motor typically has a high Amp rating which allows it to reach significant RPM levels. The kind of fan with a large diameter, plenty of blades, and many selections, often has a robust motor.

These fans naturally draw more current, and hence, consume more power. They move the air around the room quickly though, so they might not need to be run at high speeds. Contrary to that, a weaker fan is often set to the highest speed to get an acceptable degree of air distribution.

Running the fan at a high speed means that the motor needs to do extra work. A lower speed setting translates to less power consumption.

This is like the difference between walking and running for us. We need far more power to run for an hour than to take a stroll for the same duration.

3. How Long the Fan is Kept ON

Power consumption is generally linked to how much time the electric device stays on. If a fan consumes 50 watts per hour, then it would use up to 300 watts in six hours.

That’s why we often remind users to turn the fan off whenever they leave the room. It would be a waste of energy and money to do that. In addition to the unnecessary wear and tear of the fan’s mechanical parts.

4. The Temperature and Humidity of the Room

You might’ve noticed that in mild weather we often set the fan to a low speed. While on a hot summer day, we’re more likely to select the highest speed.

That’s because the combination of heat and humidity seems to persist. And this uncomfortable temperature counters any efforts that the fan makes unless we set the speed to max.

Ceiling fan brochures often contain a recommended room size for every model. And if that information isn’t readily available, the shop attendants often suggest various models based on the available space. 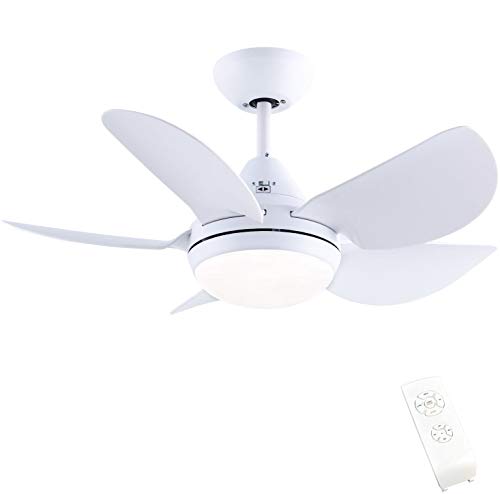 Comparing a Ceiling Fan to an Air Conditioner

A ceiling fan is a nice way to refresh a room by moving the air around, and keeping the perspiration to a humane level. But that summer breeze effect doesn’t really lower the temperature of that room.

In more specific terms, a ceiling fan could consume 50-120 watts per hour. In the same duration, an air conditioner would use around 1000-4000 watts. That’s one of the best reasons why we see so many ceiling fans in residential, commercial, and educational areas.