We rely on ceiling fans more than we care to admit. We turn them on to help circulate cool air, bring in fresh air from the outside, or get rid of unwanted indoor odors.

We even turn them on while we’ve got the air conditioning running. We’re so used to having them working quietly in the background that we almost forget they’re there.

Yet, all this comes at a cost. We rarely stop to think about how our appliances are working. Not many people take pity on their ceiling fans and wonder if they’re working too hard.

Overheating is one of the common problems that ceiling fan users encounter.

So, we decided to dedicate this post to answer the question, can ceiling fans overheat? Let’s get started. 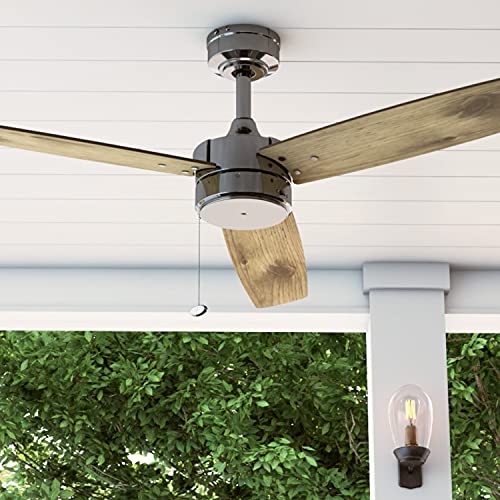 In theory, ceiling fans are certainly vulnerable to overheating. Yet, this is usually caused by heavy use and not much maintenance.

Ceiling fans are powered by electrically operated motors that produce energy. The fan uses some of the energy to move the blades, while the rest is converted into heat. Thus, there’s a chance that a ceiling fan motor will overheat.

If the fan is in good condition, it should feel warm or slightly hot to the touch. Yet, it shouldn’t reach the point of overheating.

Reasons for a Ceiling Fan Overheating

Check out the following possible reasons that could cause a ceiling fan to overheat.

Dust Collecting on the Blades

No one likes standing on a chair or home ladder to dust. Yet, the alternative can be a thick layer of harmful dust and debris, which find their way inside the motor housing. Once there, they block off airflow, which is how the motor cools itself off.

Another reason is that layers of dust on the fan blades themselves will cause them to drag. So, the motor has to work twice as hard to get the blades to move, which results in overheating.

All in all, make sure you give your ceiling fan a good cleaning once every three or four months. Keeping your fans nice and clean has other advantages besides keeping your fan from overheating. One benefit is that it reduces allergens that can heighten allergy symptoms for you and your family members.

Lubrication allows all the parts to move freely and produce as little friction as possible. It’s recommended that you oil the ceiling fan once or twice a year.

Regular lubrication can prevent the fan from overheating and potentially malfunctioning. It can also prolong its lifespan and keep it in good condition for longer.

Ceiling fans are pretty hefty appliances. So, it’s best left to a professional to get them set up and installed.

They’re more knowledgeable on all the dos and don’ts of installing a ceiling fan. Then, once they’re done, they test everything to make sure all the parts are working as they should.

Hanging Objects from the Blades

People do this all the time, yet it’s quite dangerous and even considered a fire hazard.

Hanging streamers, banners, or other objects from the ceiling fan blades damages your appliance. Furthermore, they can put too much strain on the blades and cause them to crack or even break. 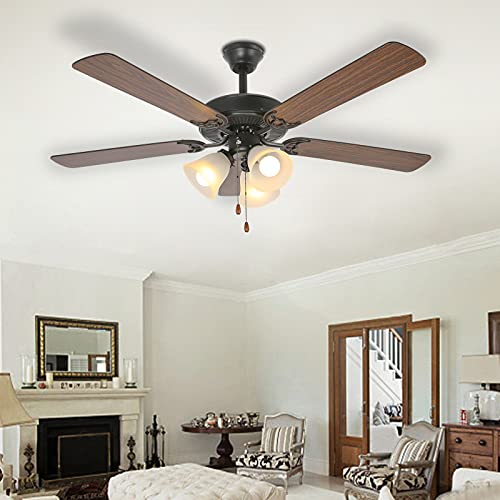 How Hot Is Too Hot

There are two main types of ceiling fan motors on the market: AC and DC. Each type comes with its range of temperatures, which it shouldn’t exceed. Plus, each has its own list of benefits and drawbacks.

Most ceiling fans are equipped with AC motors. Their operating temperatures can be pretty high. They can even be too hot to touch, depending on the temperature of the room and the speed of the fan.

AC motors are 75% energy-efficient, which means over 25% of the energy they produce is converted to heat. As a result, the average temperature of an AC ceiling fan motor typically reaches a maximum of 150℉. So, avoid coming near the motor if it’s been running for a long time.

If you want to measure the temperature, you can use an infrared thermometer. This way, you stay safe and get an accurate measurement at the same time

That being said, AC motors are good at handling high temperatures. Even if you keep the fan running for several hours at its highest speed, AC motors have no problem keeping up. 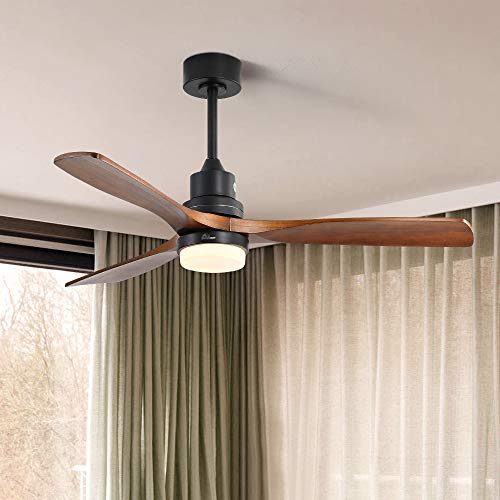 DC ceiling fan motors can be either brushed or brushless. The former is rarely used on ceiling fans. So, if your ceiling fan has a DC motor, it’ll be most likely brushless.

Brushless DC motors are about 85% energy efficient. This means that over 85% of the energy they produced goes into moving the fan blades. The other 15% or so is converted into heat.

Thus, they produce much less heat. In fact, the maximum temperatures of DC motors reach about 90℉. That’s far less than what AC motors produce.

Not only that, but brushless DC motors don’t create as much friction as AC motors. Again, this helps reduce the motor’s operating temperatures and the fan’s power consumption. At the same time, it boosts output and allows the fan to work at maximum efficiency.

Another advantage to DC motors is that they’re lighter in weight. In addition, they produce less operating noise and have a longer life span.

They also consume nearly 70% less energy than AC motors. This is good news because when power consumption goes down, you save on your electricity bills.

The major downside to DC motor ceiling fans is they’re less affordable than AC fans. Yet, what they lack in affordability, they make up for in comfort and convenience. 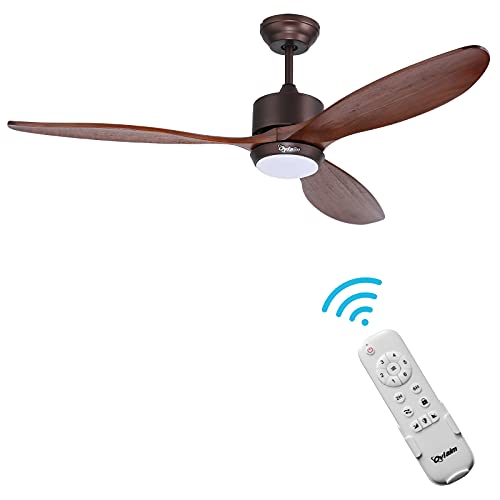 Can ceiling fans overheat? Yes, it’s possible, especially if they’re fitted with AC motors. Use our guide to help you determine possible reasons causing your fan to overheat.

It’s also worth taking the time to determine what type of motor your fan is equipped with. This way, you’ll know what to do to keep it functioning and running smoothly for many years to come.